Archaeological Landscape of the Lower Syrian Euphrates Valley - An Integrated Approach Towards the Reconstruction of the Settlement Patterns during the Iron Age.

The lower Syrian Euphrates Valley, extending from Deir Ez-Zor to the Iraqi border at Abu Kemal, was a pivotal region during the Assyrian history in the Iron Age (1150-612 B.C). It was the target of the Assyrian expansion during the reign of Ashurnasirpal II, and it was later part of the province of the governor of Rasappa, Nergal-eresh. Studies on this region have mainly focused on the history and archaeology of the kingdom of Mari and its hinterland, while land-use reconstruction was attempted for the same period using textual data from the Mari archive and partially integrating geomorphological data. On the other hand, a study on the settlement pattern of the Iron Age that makes use of different data and of an integrated approach is, at present, largely missing. This paper aims at a better understanding of the archaeological landscape of the region by placing archaeological sites in their natural and historical context, using geomorphological data of the region, while integrating archaeological, textual and remote sensing data (mainly CORONA images) as well. Remote sensing data will be useful to analyse the pattern of survivability of archaeological sites through time and in relation to survey data, which will be further tested on satellite images to assess sites visibility from space. This approach will also lead to a better understanding of the surviving settlement pattern of the region, and its integration into the wider context of settlements history of the Near East during the Iron Age. 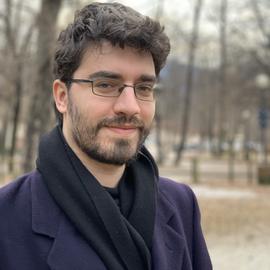